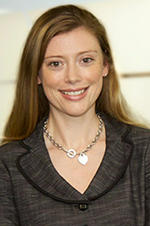 Heroes and heroines are all around us. For Erin two such examples are her parents. Erin’s mom and dad found themselves in the middle of ‘the troubles’ in Belfast, Northern Ireland and made a life-changing decision: go to Canada for peace, tolerance and civility. Calgary was their oasis and that’s where Erin and her brother were born and raised.

After earning her Bachelor of Commerce degree from the University of Calgary’s Haskayne School of Business Erin plunged into the world of life insurance. She spent nine years with Great-West Life, rose to the position of Regional Manager of Living Benefits and she and her team won the 2007 ‘Award of Distinction’ as Best General Performance of a Living Benefits Department (Division A). From 2007 to 2009 she served as a member of the ‘Living Benefits Advisory Council’.

Erin is a champion of LOCO BC (www.locobc.com), an alliance of Vancouver-area companies working to strengthen their communities, grow the local economy and build strong, sustainable businesses. She also supports a variety of groups and agencies, including the BC Cancer Agency, Canadian Red Cross and the Children’s and Hearing Speech Centre of BC.

Erin, husband Don and young son Dylan live in Port Moody and spend as many weekends as possible skiing the high alpine terrain of Whistler-Blackcomb.

Save. Simplify. Retain.
Strong customer relationships that reach beyond the corner office.

Questions for our team?